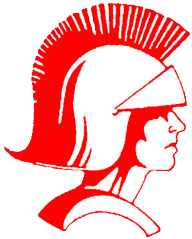 The 2018-19 Spartanettes display their awards at the end of a competitive four day summer camp hosted by the National Dance Alliance at Ball State University this July.

The CHS Spartanettes recently returned from an intensive summer camp hosted by the National Dance Alliance at Ball State University, along with seven other teams. They learned four new routines in just four days while improving fundamental dance skills and technique.

The team earned a Superior rating, the highest evaluation possible, along with a competitive Silver plaque and a bid to Nationals for their performance of the Team Dance. This routine combines Pom, Jazz, Kick, and Hip-Hop and is learned from scratch on Day 1. On Day 2 the Seniors learned a Team Leader routine and worked hard to earn another Superior evaluation.

The girls have also been working on a Home routine all summer in between conditioning and technique practices. They performed it at camp, earning their second bid to Nationals and third Superior rating of the week. The NDA staff felt the original choreography by coaches Sandee Toschlog and Sydnee Jobe went above and beyond and gave them a coveted Specialty Award for Innovative Choreography.

Even though the four days were intense and stressful the girls maintained a positive attitude, worked well together, and tried to get to know other teams. This earned the Spartanettes a Spirit Trophy based on team votes. Two dancers in particular, Ava F. & Kendra Y., were recognized by the staff with the Pin-It-Forward award for their positive attitudes, initiative, and willingness to help others.

Also earning individual distinction were Karastyn B., Hannah L., Gracie B., Ava F., Kylie J.,  & Anna C. who were nominated for the All-American team based on their leadership, showmanship, spirit, and technique. The nominees auditioned in front of NDA staff and Gracie B. and Ava F. were named All-Americans. Each dancer also earned an individual showmanship or spirit ribbon; the first time the entire team has accomplished such a feat in several years. They’ve set the bar high for the 2018-19 season.

Congratulations on bringing home the hardware!